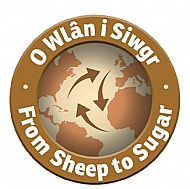 CRVs were encouraged to create their own time line, so that they could fit events and developments into the dates of the project 1650 - 1850

The project timespan was chosen to start at the time of the British capture of Jamaica and the development of plantations using a workforce of enslaved Africans. By this time the North American colonies began to turn away from indentured servitude and instead rely on chattel slavery. The Spanish and Portuguese had been trading with West Africans to purchase Africans to work on their South African plantations and in their mines since 1444.

The project timespan continues through from the days when the Welsh woollen cottage industry produced cloth to meet local needs, but was also exporting wool and cloth through Shrewsbury to London for sale to international merchants. The increase in demand for this trade saw packhorses carrying lengths of  Welsh cloth to Shrewsbury or later directly to Liverpool. The rise of mechanisation of the industry took away the potential for local work and along with increased rents and taxes this forced families in Mid Wales into poverty. The abolition of the Slave Trade and later the abolition of slavery meant that Welsh Plains was no longer the prefered fabric and the production ceased by 1850.

1660 Charles II is restored to the throne

1666 Great Fire of London destroys two-thirds of the city

1699  80% of those living in the Caribbean are African slaves

1707 Act of Union of England and Scotland is ratified

1737 Richard Pennant born, owner of Penrhyn estate, six sugar plantations in Jamaica, and hundreds of enslaved African workers. He was a staunch anti-abolitionist

1772  Slavery is effectively outlawed in England

1787  First fleet of convicts sails from Britain to Australia

1789  French Revolution begins with the storming of the Bastille

1801 Great Britain (England, Scotland and Wales) and Ireland were formally joined under the Act of Union to create the United Kingdom in 1801.

1807 The Slave Trade was abolished

1838  Newtown, Montgomeryshire - the first great Chartist demonstration in Wales was held on 10 October

Click HERE for a more detailed time line reflecting an interest in the shared history between Wales and Jamaica bringing together information from various sources.